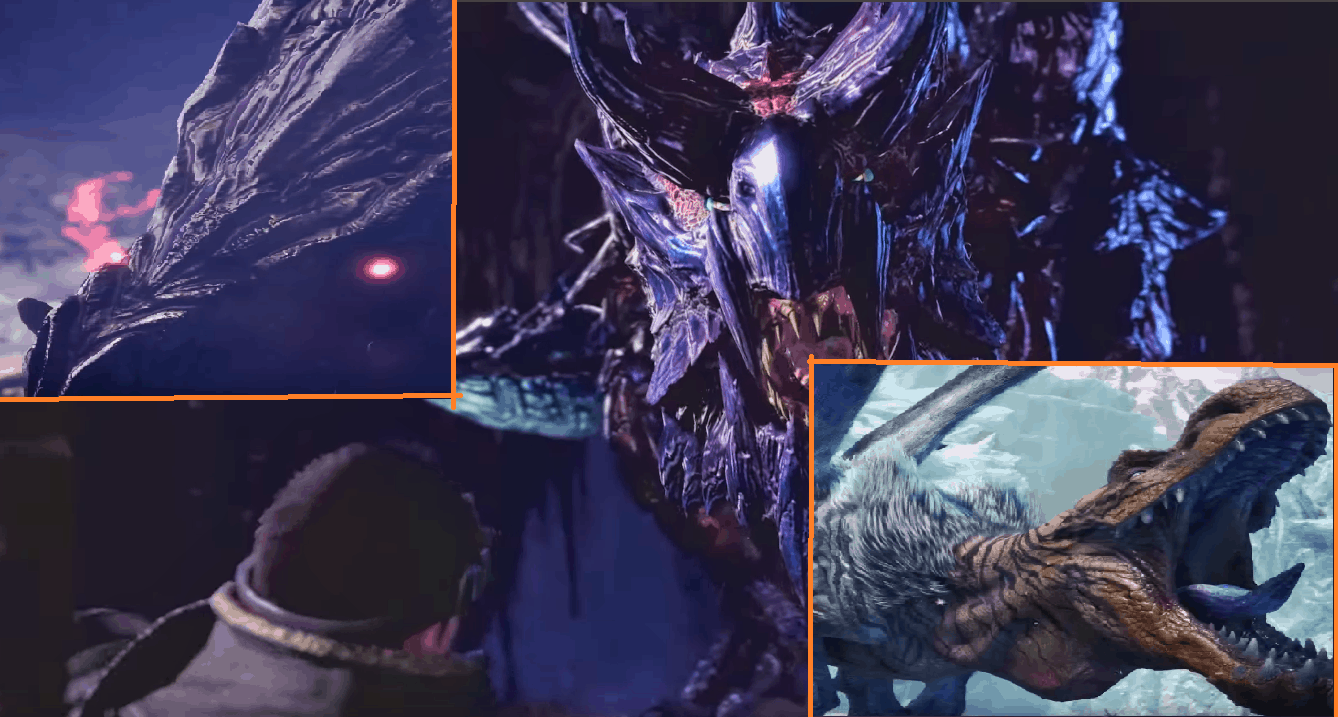 So Capcom just dropped a fresh trailer for MHW Iceborne just a while ago featuring the Glavenus. As usual, the trailer is more like a tease, but it’s reveal a lot of new content for the most anticipated content for Monster Hunter World.

The trailer also reveals several changes to the “seem to be” gathering hub. Now you can join a public bath, take your Palico for water testing and raise your own pets.

A Rathalos on the ground?

This angry dinosaur first appears in Monster Hunter Generation with the ability to bite it’s tail and turn it into a flaming Sword. The fight at the beginning of the new MHW Iceborne trailer is also a call out to this infamous scene.

Yes, that’s a Odogaron – with the ability to shoot out fire ball from it’s mouth. Featuring a darker version of the Odogaron, this angry monster returns with an angrier variant. While the vanilla Odogaron specialised in Bleeding. This new subpiece capable of dealing Dragon element (Black cloud from it’s mouth)

Back in MHW, the Odogaron can give you an armor set with a very high affinity stat from the start (~50% Affinity with the full set) However, all of the weapons make from Odogaron suffer with a low damage stat. This is mostly to compensate for the high Affinity.

You can check out the vanilla MHW Odogaron weapon in below guides:

Right after the introduction of the new Odogaron is a familar face… With a new paint job, the “Blue” Anjanath this time can fire out electricty instead of fire.

At the end of this short video, you can also see the appearance of the Velkhana – The elder dragon our hunters will face in this expansion.

But that’s not all, look like we still have another monster that could beat the explosive-tanky-Uragaan to its knee! Yes, it is Brachydios. The monster capable of dealing slimy-explosive  attacks. We are not actually see the appearance of this monster in this trailer. But well, a history lesson won’t hurt!