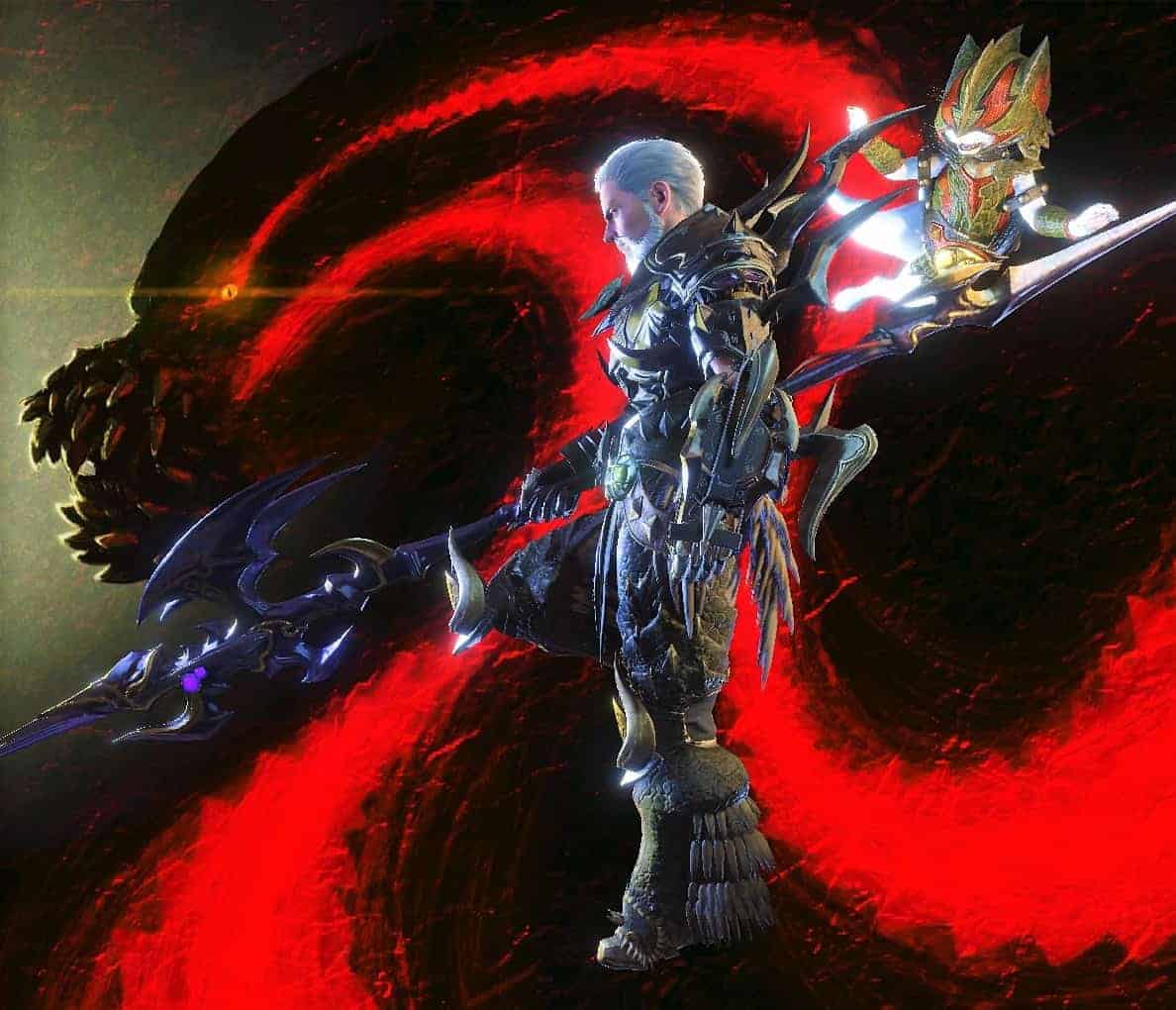 While the Iceborne delivers a whole new set of those colorful bugs, your main focus should still lie in the stat of Power, Speed & Heal.

As mentioned before in the basic Insect Glaive guide. The best way to play Insect Glaive is to maintain all three buffs at the same time. This made the speed is the best stat to focus on the Kinsect.

In Iceborne, the Foliacath III Forz and Valorwing III Medis offer the highest Speed Level (20) you can switch between these two on your liking as the first one give you Sever Damage, while the latter provide Blunt Damage (Stun)

In Iceborne, Insect Glaives is updated to have new moveset – This includes a powerful downward Thrust similar to the Jump skill in Final Fantasy. You can also now perform an aerial Claw attack while airborne and clutch to the monster.

It is pretty natural to incorporate Insect Glaives with elemental builds, but raw damage is still viable in Iceborne thanks to the heap of the new bonus and mechanic.

The Shara Ishvalda Insect Glaives gives you 868 Damage and 0% Affinity right off the bat. This is one of the best stat for the current Insect Glaives.

The muscular Ape provides you with the highest damage Insect Glaive in the weapon tree. Starting with an impressive 961 Damage.

While the main element of Rajang is lighting, this only gives you 90 Lighting Damage, and to cope with the high base damage, affinity is dropped down to -15%

Nergigante always provides good weapons for the hunter. In MHW Iceborne, this is no exception, the new subspecies – Ruinous Nergigante (Unlock by reaching MR 99) provide you the materials for many best end game weapons

Follow the same path of the classic Nergigante weapon. Ruinous Catastrophe starts off with 0% Affinity and 180 Dragon along with Elder Seal ability. The base damage is capped at 899 Damage. This can be your comfy Insect Glaive as most of the Elder Dragon has some weak spot for Dragon Element.

Another hard to get (or take a long time) Insect Glaives. The Blossomajesty comes from the new Rathalos subspecies – Silver Rathalos.

This Insect Glaive is made from the Elder Dragon Namielle. With 330 Water and 10% Affinity and a standard 837 Base Damage. This water Insect Glaive doesn’t have much to expand on

The main element of the Iceborne expansion. This Insect Glaive comes with 240 Ice Elemental Damage and 837 Base Damage. Nothing worth mention in the Affinity Side (0%)

Given the number of monsters that are weak to Ice. This can give you some advantages to farm for rare materials.

This is to make sure the list is complete. Given that PC Players have not experienced this new Siege event. Here is the full list of the Safi’jiiva Insect Glaives

All Safi’s Insect Glaives come with 837 Raw Damage, 5% Affinity, 1 Level 4 Jewel Slot. The rest is for your customization. Many hunters settle with the below combination of Awaken Skill

This reduces the number of Teostra armor by one, give ways for some damage/ elemental boost

Another quick combination is as below

This is more on the comfy side, as you will gain more sharpness and drop out the Master Touch build, some also use the Safi’jiiva Set with this combination for more damage.

At Early Master Rank Defender Glaive, V is pretty easy to use and you can get it as a free gift. Before the like of Teostra on Master Rank, the Nargacuga set can be used to boost your Sharpness bar.

Just as all the melee weapons build in MHW Iceborne. The meta build will need to maximize your damage output during the hunt. This essentially means keeping your sharpness up at the highest as long as possible.

This is when the Teostra’s Master Touch comes in. You will need three pieces to enable this skill on the set.

The next is to put on Attack Boosts and Critical Eye. Yian Garuga Leg (Critical Eye x 2) and Brute Tigrex (Attack Boost x 2) are picked for comfy.

Other variants include picking Rajang Helm (For Weakness Exploit – WEX)

The remaining is to power up your build with Jewel. This mostly includes Attack Jewel or Challenger

If you are on console, Safi’s Shatter Glaive is your best choice right now thanks to the versatility of the Blast element.

The above builds are derived from the r/MonsterHunterMeta. You can check out the full library for Safi meta here and the Iceborne meta here

The tool used is the honeyhunterworld mhw builder

Iceborne Insect Glaives is a weapon rely pretty heavily on the Stamina Bar (similar to Bow and Dual Blades) making switching from those weapons a good option if you decide to use the Bug Stick for the journey through Master Rank. Make sure to stock up on Dash Juice and drop some attention to skills like Stamina Surge as well, this can give you an edge during the long run with Insect Glaive.

Insect Glaives build also need a lot of focus on Sharpness as those helicopter manuever will eat away your sharpness pretty quickly. A good end game starter Insect Glaives is the Infinite Wisdom, it can be crafted after a 4 or 5 runs with Shara Ishvalda.

After that, you can switch to Rajang’s Insect Glaives or simply pick one of the elementals for some changes in spark.

What is your favorite and comfiest Insect Glaives in Iceborne? Drop a comment!

Check out my MHW Iceborne Weapons Guides below