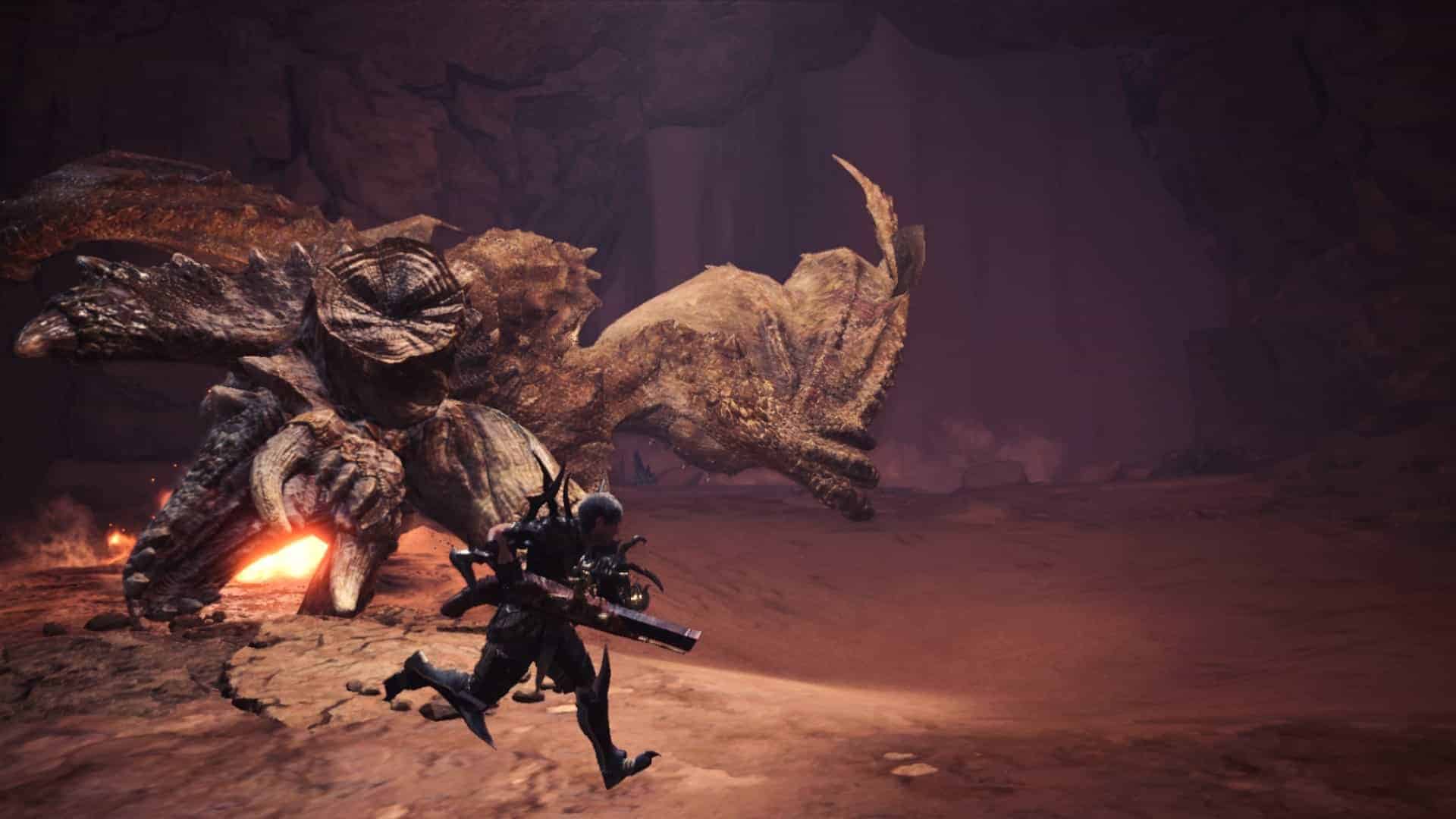 One of the latest collaboration quests in Iceborne involves the Light Bowgun. This is a cosmetic version base on the PS4 exclusive Horizon Zero Dawn. This event quest will need you to slay both the Zinogre and Stygian Zinogre. With some end game gear (Elder Dragon armor) you are good to go with these two wolfs.

Let check out the latest (Personal opinion) on the best Light Bowgun for your journey in Master Rank.

In Iceborne, the Light Bowgun is now upgraded with four mods.

When to use the new Wyvern Blast armor, this deal greater damage and provide you a powerful burst (if your timing is correct) Using this can be a safe choice once you got the hang of it. Another new mechanic with the Light Bowgun is the addition of new mod Dash Reload – allow you to quickly reload while evading.

Finally, as the Weakness Exploit has a slight tweak (The Affinity will only increase on Weakened Monster Part) You will need to occasionally use the Clutch Claw to grapple to the monster, weakening it’s part in the process and continue firing.

This is to max ou the DPS of Light Bowgun shot.

The Fading Blossom Light Bowgun comes from the end game boss Shara Ishvalda. Just as the melee weapons, this weapon is pretty decent and can be your first weapon before the Guiding Land journey.

This also supports Spread Ammo level 3, making it’s a good pick before you get your hand on the Tempered Rajang or Yian Garuga.

Gulgoleth’s Ruin can earn the best design at any given time. This is the combination of Shara Ishvalda and Vaal Hazak.

This is the easiest weapon to pick when you just switched to Light Bowgun. With 351 Damage and 25% Affinity right off the bat, this does not require much expensive skill for efficiency. This weapon also specializes in Poison Ammo, making it’s a super suitable pick for battling the Safi’jiiva.

The only downside to this is the effort required to make this weapon, you will need to finish the Yian Garuga special assignment in Guiding Land, and progress until the Tempered Yian Garuga appear (typically around MR 60 – 80)

The upgraded version from the infamous Lunastra. However, you will need to reach MR 99 to get the material for this. As the Ruiner Nergigante is your ultimate foe for Iceborne.

The final update of the muscular ape Light Bowgun. This weapon has the highest attack of all the Light Bowgun with 403 Damage but comes with a -15% Affinity.

As the nature of the monster, this weapon support Spread Level 3. Before getting your hand on the Safi’jiiva Light Bowgun, this is the highest damage Spread Light Bowgun in Iceborne.

This is based on the model of the weapon of Alloy in her adventure of the pre-historic Cyber World.

You will need to hunt both versions of the Zinogre (Zinogre and Stygian Zinogre) to get yourself this cool looking Light Bowgun.

The stat is pretty impressive as well. Adept Stormslinger comes with 416 Damage and 0% Affinity. With a Bolt Jewel Level 4, you can easily battle the monster that is weak to Lighting.

This weapon is the combination of both Namielle and Shara Ishvalda monster.

ethugamer December 16, 2019 No Comments
So you completed the Siege for the first time, now realize that you can pick weapons instead of waiting for the randomize magic work, but …
Read More

ethugamer December 13, 2019 No Comments
The very first siege of Iceborne has arrived! Facing the mature version of Xeno’jiiva will definitely be a challenge. Quick Safi’jiiva Siege GuideEthical Hunter Guide Get …
Read More

For the current meta, this is definitely your best option instead of all the above weapons. The reasons? Customization.

As in my two most recent posts on Safi’jiiva – the new siege mission for Iceborne. The most valuable loot in the Safi’jiiva is the awaken weapons.

These weapons allow you to customize every armor skill to it’s fullest potential. For Light Bowgun, you pick from five variants of the weapons. Every Safi Light Bowgun will start with 325 Base Damage and 5% Affinity.

These Light Bowguns comes with Rapid Fire support for their element, as well as some slight differences on Pierce and Spread ammo support.

When it comes to Light Bowgun, no one knows more about the gun than the Gunner himself. Check out the Phemento channel. He is one of the best Light Bowgun players out there.

Similar to the past compilation list. Iceborne Light Bowgun build will depend on your preferable ammo type (Spread/ Rapid Fire/ Sticky Ammo)

The main difference with Iceborne is the huge arsenal it’s offer when it comes to Light Bowgun. Below is the armor set that normally incorporated with the Light Bowgun.

Finally, Brute Tigrex can be hunted at around MR 70 – The chest will get you Attack Boost Level 2 and WEX Level 1 as well.

Spread III is pretty common among Light Bowgun User. With 25% Affinity and 351 Damage, the Blackwing Bowgun II is your choice when it comes to a decent Iceborne LBG Build.

With the addition of the new Artillery Secret Armor skill (Bonus from the Zorah set) The Artillery level 5 can now boost the power of Light Bowgun Sticky Ammo to a whole new level.

The downside of these builds is the rarity of the Artillery Jewel, as these are pretty hard to drop. The most efficient Sticky build will need you to wear the KO Charm for a boost in KO power.

If you prefer a status Light Bowgun build, below is also a great choice with both Sleep and Paralysis as well as the ability to KO the monster.

Fading Blossom wins the CC (Crowd Control) game with the ability to shoot both Paralysis and Sleep. With the addition of the KO Charm, you can easily let the monster become a punching bag for your team.

If you are just starting to beat the Safi’jiiva, make sure to check the quick guide on how to beat him on the below post.

The TL;DR version is that the Red Dragon hate Poison.

This makes the Blackwing Bowgun II the best pick before you got your hand on those shiny Safi’jiiva Light Bowgun. Next is the Rathian Armor set (Poison Duration Up Bonus)

As you only need two of them, Rathian Gloves and Leg will do the trick. The remaining is Zorah Armor (Artillery Secret) The Bonus Artillery skill is to power up the Sticky Ammo 3 that this LBG offer. The Zorah armor also gives you Tremor Resistance Level 3 – Rendering those slams from the Dragon useless. The remaining is mostly to slot in Release Jewel – to give you more ammo. The final addition is, of course, the Razor Sharp/ Spare Shot skill.

I personally haven’t had the chance to test out all of the builds with the Safi Light Bowgun, but the community has already had their best hunters create the set for the current meta.

While the melee weapons are a little restricted on picking the best weapon out of the list. Most of the ranged weapon is pretty versatile thanks to the ability to use different ammo types.

If you are up for some changes, then try out the Sticky Ammo Light Bowgun build so you can give those Artillery Level 5 skills a try.

What is your current build and favorite Light Bowgun?