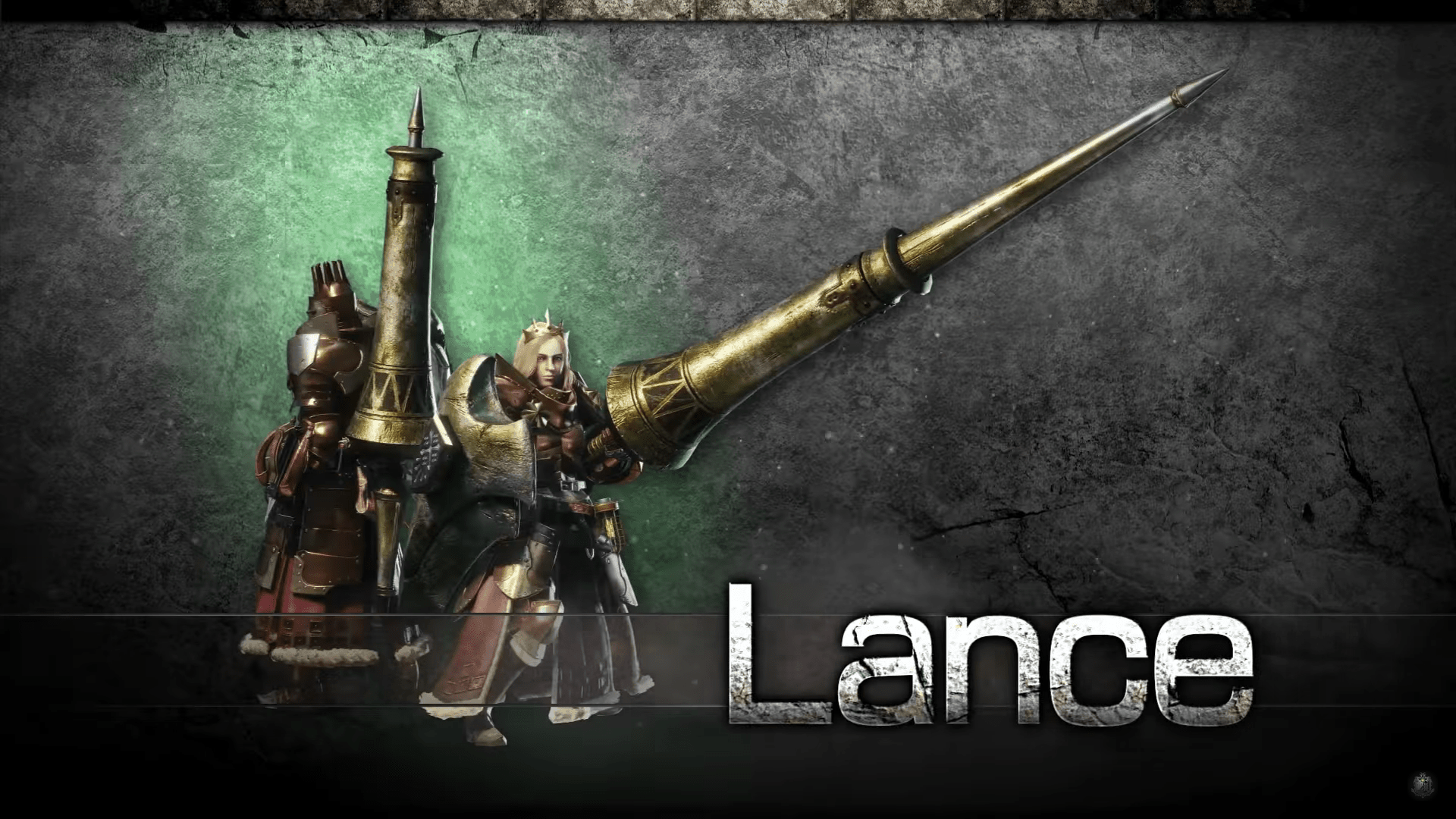 I was going to make a Lance Guide since the beginning of Iceborne, but the Hammer takes away almost all of my time 🙂

For other elemental Lance and builds samples, read further!

I have published a in-depth Lance build guide in the below post!

ethugamer October 21, 2020 No Comments
Looking for a meta Lance Build for MHW? You come to the right place.
Read More

The Lance is still one of the beefiest weapons in Monster Hunter World. A typical Lance build will let you tank the monster with ease. With the addition of skill like Power Guard and Clutch Claw Counter, the Lance in Iceborne is still the best option for hunter prefer to crush the monster with his defense.

Don’t let the bucky appearance fool you, the Lance is great for Elemental Focus build because of it’s combat mechanics. You don’t have those big attacks like Great Sword or Hammer, instead, your attacks consist of multi poking-like move and some occasional hoping or Power Guard.

This made elemental or status build-up builds a natural choice when it comes to Lance.

This is once of the best elemental Lance. This is thanks to the high number of monsters that have three stars of weakness to Ice (Brachydios, Shara Ishvalda, Lunastra…) As soon as you reach the fight with Velkhana. Crafting this Lance will provide you a better chance to hunt down those monsters.

This will make your subsequent fight with Teostra much easier and get you the Master-Touch armor set faster.

The Knightly Ectis comes with a standard 621 Damage and 360 in Ice element. It also comes with a level 4 Jewel, which gives way for more customization on your end.

This Lance is crafted from the Elder Dragon Namielle, Similar to Knightly Ectics. The Water Lance gives you

The Yian Garuga is a returning monster to MHW Iceborne. This ugly monster provides you a powerful set with a focus on Critical Eye. The weapon from the Yian Garuga tree also comes with 25% Affinity and Poison element.

Finally, you will look like Dynasty Warrior with the full armor set…

This can be your Dragon Slayer Lance. However, you will need to go through Master Rank 99 to unlock Ruinous Nergigante (Although he already appeared in the story) The fight is also pretty hard compares to your normal Master Rank hunt, making this an end-game luxury.

The Ruinous Perdition comes with 667 Damage and 360 in Dragon Element. It also holds Elder Seal, which can be used to battle those Elder Dragons.

With that said, thanks to the number of Damage, Ruinous Perdition can easily be your “Comfy” (Comfortable) Lance when it comes to Lance build.

While Raw Damage is slightly weaker compared to the base game. It is still viable if you combine the right build.

You can never go wrong with the Lance made from Shara Ishvalda itself.

This is by far the coolest looking Lance on the list. Drop off the bucky appearance of similar Lance, this one focuses on the aesthetic design follows the theme of the armor.

Another variant to this weapon is the – but the Brachydios

As most of the Lance build focus on the elemental aspect, with the addtion Safi’jiiva, Lance hunter now has several new options to further enhance their elemental fest. Below is the full list of Sai’jiiva Lance

All Safi’jiiva Lance comes with 621 Damage and 5% Base Affinity for their element. Below is the Awaken SKills needed for the Lance

From my playthrough, Safi’jiiva provides the Blast variant of the weapons pretty common. Despite that, it is completely a good thing, as the Blast Lance from Safi’jiiva is pretty dope.

Offensive Guard is now a must for a meta Lance Build now. Trigger when you guard at the right time, this skill increases your attack by 15% (Level 3)

The next priority is definitely Guard and Guard Up. You will want Guard Level 5 to make the most out of that big shield. And yes, between Defense Up and Guard Up, you should always opt for the latter, as Defense Up is still in the controversial now.

For your journey on Master Rank, starting with the Banbaro armor can give you a taste on Offensive Guard. Perfecting this technique until the end game of Master Rank is your goal.

When you finally reach the end game content of Iceborne (Mostly after reaching the Guiding Land) you can focus on fighting the Red Lion (Teostra) one more time so you can get all three pieces of his armor for the valuable Master Touch – The North Star of almost every melee build.

Below is a typical Meta Lance build

With the introduction of Offensive Guard – Lance can now benefit from 15% Attack Increase just by doing what they already good at – Blocking at the right time. This makes Lance meta become stronger with just any setup. If you just want a quick tank build, picking up the Lance is your best option now. Lance is also easy to use compared to other more technical weapons like Charge Blade or Gun Lance.

What is your favorite Lance so far in Iceborne?

Not a Lance Hunter? Check out my best Iceborne weapons list below

ethugamer February 7, 2020 No Comments
Best Iceborne Hunting horn in the current meta, including a guide on how to build with the Hunting Horn.
Read More
Related Posts