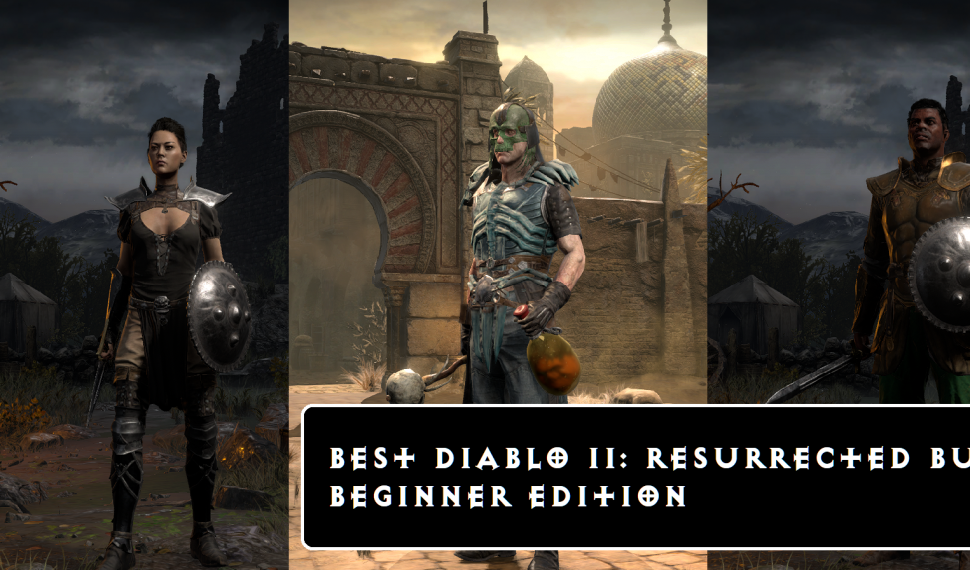 Summoning Necromancer is one of the most common builds since Diablo 2’s original release. This build DPS rely on your Skeleton and Mercenary. This Necromancer build utilize both the curse and Summoning Skill Tree of Necromancer, combining with gear, your Hell Army will do most of the jobs.

The sorceress has always been the easiest class to play in Diablo 2. This remains the same in D2R. While this class has three skill trees with a different focus on each elemental (Fire, Lightning & Ice) The Cold Spell Skill tree is your best option if you just start out with Diablo II.

For more detail on stats and skill distribution, check out our detailed guide for this build below

At first, Amazon class seems to be all about Bow and Spear, but the Lightning Amazon is one of the coolest builds in the game. Lightning Fury turns your throwing spear into a Lightning Bolt and can split into multiple projectiles and make short work of your enemies.

Some may argue that this build is pretty passive, you just throw out some trap and let them do the work, well they are right, but it is still one of the best D2R builds for new players. This is because those traps can get pretty early on, and you can naturally progress through the end game without respec your character.

One of the biggest obstacles of Diablo II end game is Immunity monsters. This makes almost all the builds above become sub-par as you can only farm in some specific area, but not for this build. Blessed Hammer Paladin is one of the most popular builds in Diablo 2: Resurrected. With the help of Holy Shield, you can farm in any end-game area without any worries about immunity.

December 10, 2021 No Comments
Throwing Barbarian build may sound odd at first, but it has been around since the original release of Diablo II. It remains the same in …
Read More

December 8, 2021 No Comments
An assassin build that focus on the Traps Skill Tree. One of the best build for new players that coming to Diablo II: Resurrected
Read More

December 8, 2021 No Comments
In this D2R Build, we take a look at Tornado Druid – an all-rounder build that can farm in all areas in Diablo II: Resurrected
Read More
Related Posts