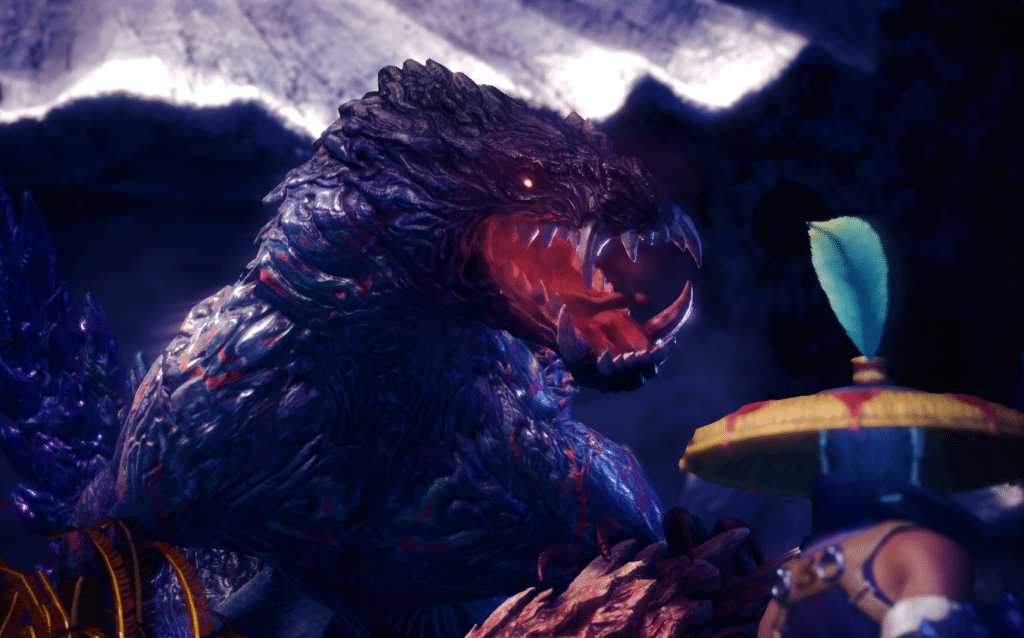 Ebony Odogaron is one of the new subspecies introduce in MHW Iceborne expansion. You will first face this monster in the Assigned Quest ..

There are not much of a difference in term of appearance for Ebony Odogaron. It bears a darker color compared to the “vanilla” Odogaron. But this beast surely packs a punch.

Ebony Odogaron prefers to jump around a lot and attack you from all direction. Don’t hesitate to use mantle such as Temporal or Rock Steady to get some easier time with this beast.

Iceborne Ebony Odogaron does not inflict bleeding to you, instead, this monster’s element is Dragon.

Fighting Ebony Odogaron will definitely a challenge as you probably not used to nimble and speedy monsters. If you find his annoying to attack, a Shock Trap or Pitfall Trap can help a lot.

Remember to use your Clutch Claw! If you don’t know how to perform the Flinch Shot, check out my guide below:

Ebony Odogaron appearance is the same as the Master Rank Odogaron Armor. The color palette is of course different.

Overall, I don’t find this armor set interesting, as the only addition is a focus on Dragon Element (In both elemental and Resistance)

You can also get Latent Power – which is pretty subpar compared to other attack focus armor skills.

There is also Tool Specialist, but I have yet to find a meta build that uses these armor skills.